Despite 2020 being a less than stellar year for new music for obvious reasons, a number of big names released new albums to go with breakthrough music from artists who many of us may never have heard of before, therefore Grammy Awards 2021 betting odds may seem a bit surprising this year.

And so the annual industry extravaganza, the Grammys, will go ahead in March at the Staples Center in Los Angeles.

Leading the way in the nominations is Beyonce, and so Queen B will naturally play a central role on the night and in our Grammy Awards 2021 Preview.

However, there are many other supremely popular artists and musicians that produced creative and unique music in 2020, and so this could be one of the most eclectic editions of the Grammys in recent history.

So who will win Grammy 2021? In this article, we aim to find out and provide some betting tips for you to follow on the big night of March 14.

As already mentioned, it’s Beyonce who leads the way in the Grammy nominations with four nods, including those in key categories like Record of the Year, Song of the Year and Best R&B Performance.

Next best is a trio of pop sensations with five nominations apiece. Taylor Swift is no stranger to success at the Grammys, and her album Folklore – the first of two she released in 2020, has been nominated alongside works from Dua Lipa and Post Malone.

The funny thing is that this is a ceremony that is often hard to second guess, with rather left-field choices commonplace – making accurate Grammy Awards 2021 predictions is difficult!

Normally the Best Record award is won by an album that is popular with mainstream listeners, and so in 2021 we have to expect Beyonce and Dua Lipa to be battling it out for that particular honour.

Bruno Mars, Adele and Taylor Swift are recent Best Album winners – again, we’re looking at the pop angle here, while our Grammy Awards winner predictions for Best Song are that this is usually awarded to the hit that has crossed over into the mainstream consciousness the most.

But like most cultural awards ceremonies, the Grammys like to give the impression they are cool and edgy, and so there will be some rather esoteric winners on the night – taking a chance on an outsider in the betting can yield profitable results in the sub-categories.

Place bets on your Grammy Awards Album of the Year favourites at Bet365!

Taylor Swift leads the way in the Grammys 2021 betting odds for Best Album, and she looks to be good value once more given the success of Folklore.

Dua Lipa and Post Malone, a former nominee in this category, are also both in the hunt, as are perennial Grammy contenders Coldplay, HAIM, Jacob Collier and Black Pumas.

Album of the Year
Bet
Odds

2.2 Grammy Awards Song of the Year

Song of the Year
Bet
Odds

Billie Elish - everything i wanted
Bet with 1XBET
8.00 Place a bet

JP Saxe ft. Julia Michaels - If The World Was Ending
Bet with 1XBET
31.00 Place a bet

Who has made the biggest breakthrough in the past year?

That’s the question be answered here, and the claims of Megan Thee Stallion and Phoebe Bridgers are hard to overlook.

I wouldn’t have expected it, because there’s no way to do that, but it’s certainly awesome. I wouldn’t have been heartbroken, but it feels f---ing cool. - Pheobe Bridgers on 4 Grammy nominations for Billboard

Incredibly, despite a number of nominations Beyonce has never won a major trophy at this ceremony, and so we have to expect that run to continue in our 63rd Grammy Awards winners predictions.

As far as the bookies are concerned in their Grammy Awards 2021 betting odds, it should be a good night for Dua Lipa and Taylor Swift.

They are the 3.5 and 1.67 favourites in the Best Pop Vocal Album category respectively, while both feature prominently in the Best Song Grammys 2021 odds. Swift is the 1.73 favourite, with Lipa at 3.60 and Beyonce at 6.50.

With Taylor Swift enjoying such success in the past at this ceremony, she has to headline our Grammy Awards 2021 betting tips.

We expect Taylor to win the Best Album award, while Dua Lipa may sweep up the Best Record and Best Song categories.

It’s bad news for Beyonce then in our 2021 Grammy predictions, although we fully expect her protégé Megan Thee Stallion to win in the Best New Artist bracket.

The Grammy Awards 2021 live stream will be available exclusively to viewers of CBS in America, with the opening ceremony streamed on the official Grammys website.

But there might be some good news for viewers overseas on where to watch Grammys 2021, because you might just be able to catch a live stream via the streaming channel of bet365, 1XBET, Unibet and other bookmakers. Use our Grammy Awards 2021 betting odds, back your favourites, keep your fingers crossed and enjoy the live streaming of the event! 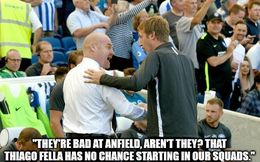